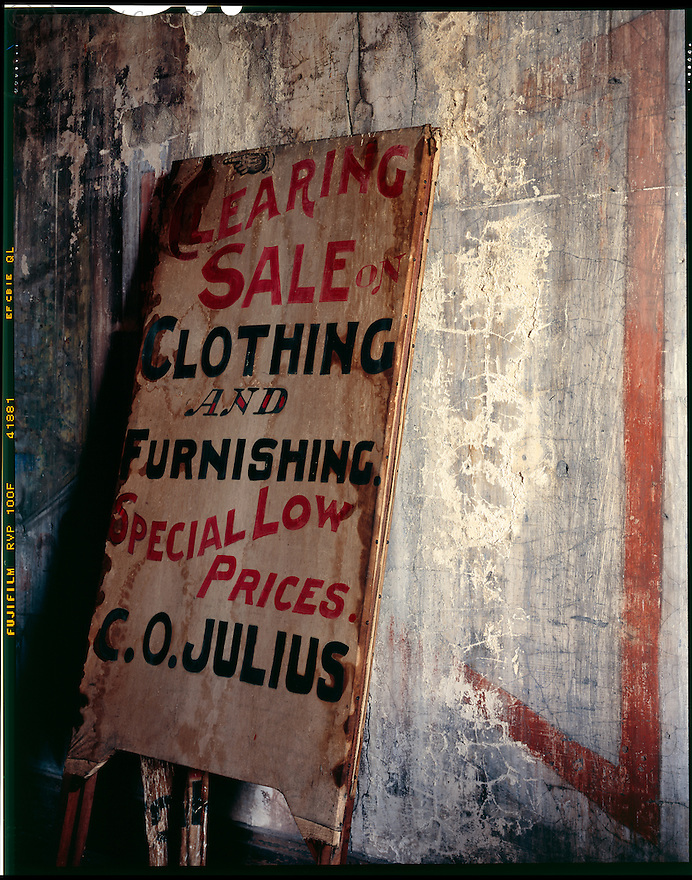 A clearance sign lured shoppers into the C.O. Julius business in the early 1900's. Clothing and furnishings could be purchased at reduces prices at the Delphi mercantile. Decades later, the signage was uncovered behind the stage at the Delphi Opera House. The business, owned by the elder Julius and his son, Charles Otto, was located on the courthouse square in Delphi, Indiana. C.O. Julius demonstrated his love of the arts in a subtle way by installing the prismatic stained-glass transom above the business, which will soon be reinstalled above the present-day entrance and ticket lobby.