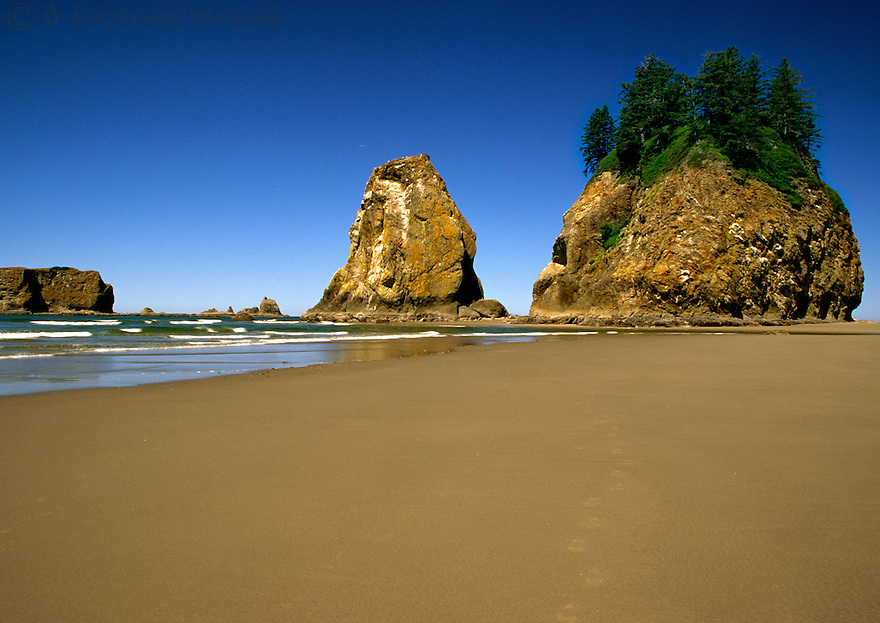 The Pacific Ocean splashes onto the sea stacks at Second Beach near an Indian village by La Push, Washington. Second Beach is not easily assessable, but it presents a panoramic view to those who venture to this pristine beach. Few footprints can be seen on the clean sand indicating to the visitor of an endearing solitude. The bright, bold turquoise of the ocean crashes against the sea stacks startling observers. Yet the vivid white waves replenish tide pools found throughout the rocks. Orange, red, and purple starfish add color as they cling to the rocks and welcome each nourishing wave. Tide pools of deep blue accentuate the vivid shades of anemones. Washington's Olympic Peninsula offers many delights, but Second Beach is second to none other.
©Alan McConnell
The Miracle of Water
Second Beach, Olympic National Park, Washington State, La Push, sea stacks, Color photos