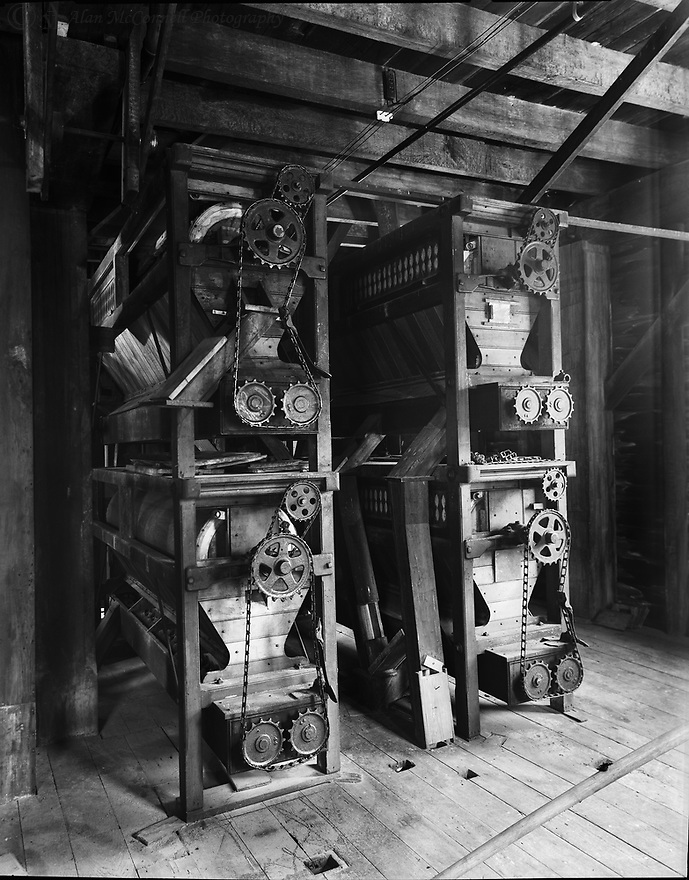 The dressing reels are located on the third floor of Adams Mill. These devices were belt-driven by hydropower. The Gorton Purifying Flour Dressers from the Maish Manufacturing Company were made in Wabash, Indiana. One of the first steps in making flour involves the separation of the bran and middlings by the wheat cleaners. Scouring reels screened and separated the wheat flour according to its grade and texture. The roughest wheat returned through the rollers. Dressing reels were used in the final step for corn meal and flour sifting. Imported French silk lined the sifters to help create the fine cake flour, which Adams Mill was renowned for producing. After the final sifting, the flour went down to the second floor to the two baggers.