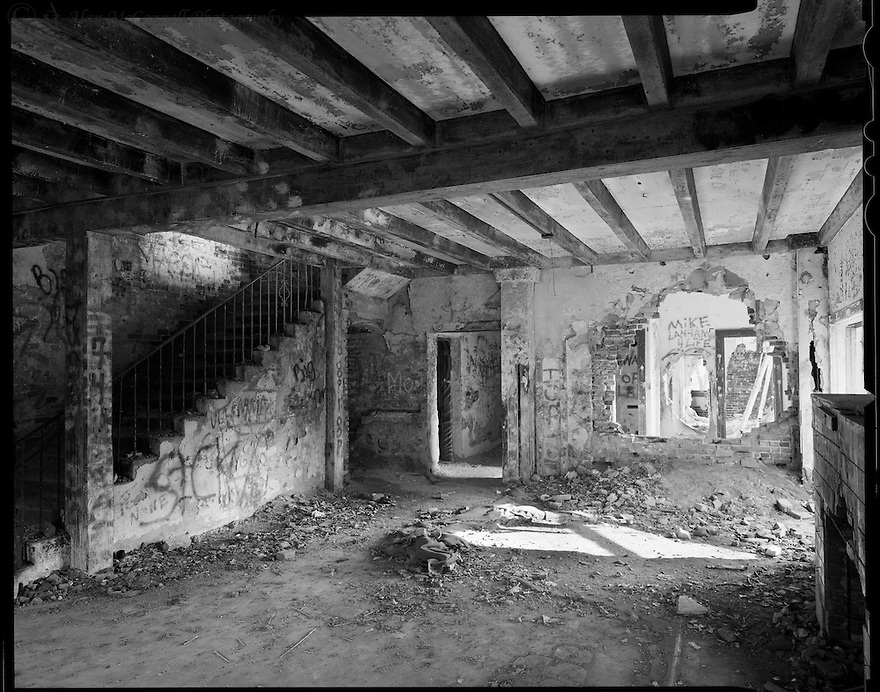 Beautiful Mudlavia, the Home of Health in Peaceful Valley, Kramer, Indiana. Originally named Indiana Springs Company, the hotel and spa was built in 1890 on the site of a natural spring in Warren County. Although the lodge was popular with Chicago gangsters and writers, most people traveled to Mudlavia to benefit from the spring's waters and heated mud baths. Devastated by fire on February 29, 1920, the ruins are frequented by would-be ghost hunters and vandals.