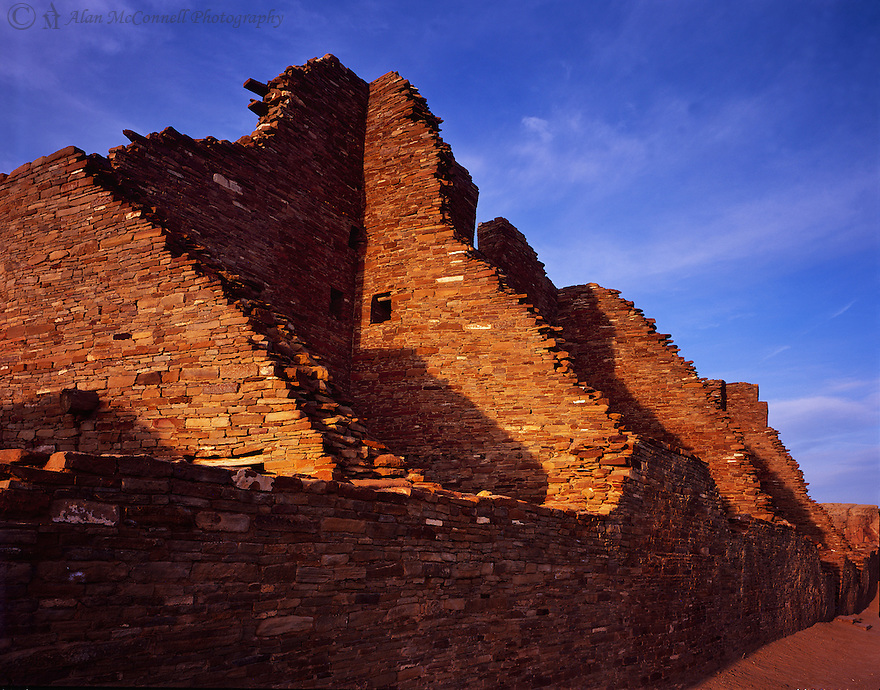 Pueblo Bonito, Spanish for "pretty village," is the largest and most famous ruin in Chaco Canyon, New Mexico. The ruins, isolated many miles from any signs of civilization, offer a glimpse of the ancient Chacoan culture that existed over 1,000 years ago. The pueblo was constructed in stages beginning around 919 AD and reached five stories in height along its back wall. The setting sun provided a striking contrast against the great walls of Pueblo Bonito.