Download Add to Lightbox Buy Image
Image 1 of 1
Storm Over the Badlands, F10228 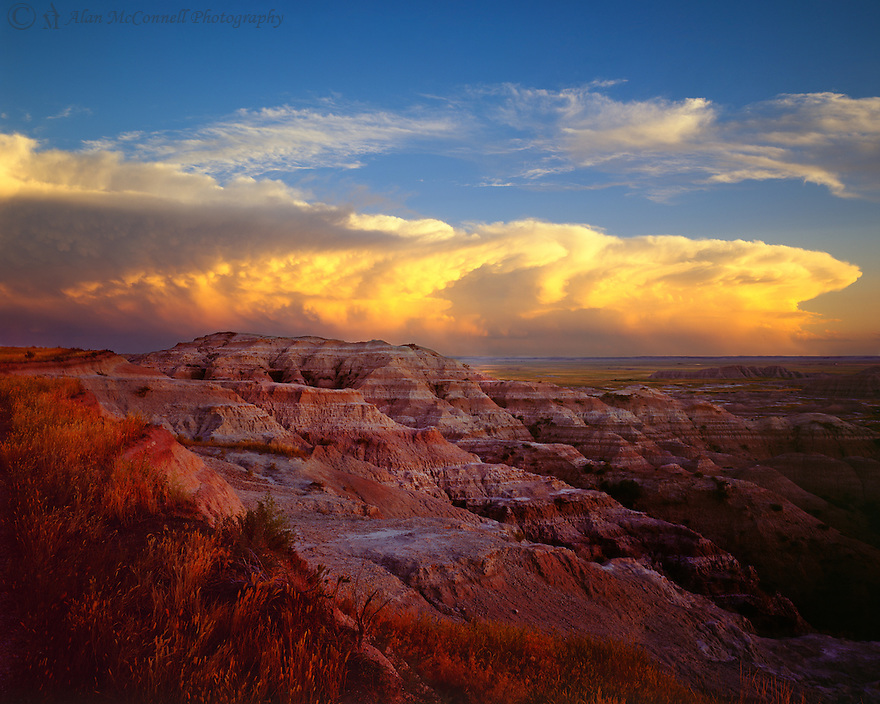 “ Storm Over the Badlands”
Badlands National Park, South Dakota
2013
Over eons, powerful thunderstorms helped create the beautiful formations that the Lakota called mako sica, meaning bad lands. The sunset image can be admired by travelers from the Conata Basin Overlook. The erosion of this wilderness has developed into a paleontologist’s wonderland, exposing the fossil remains of ancient life that once thrived.